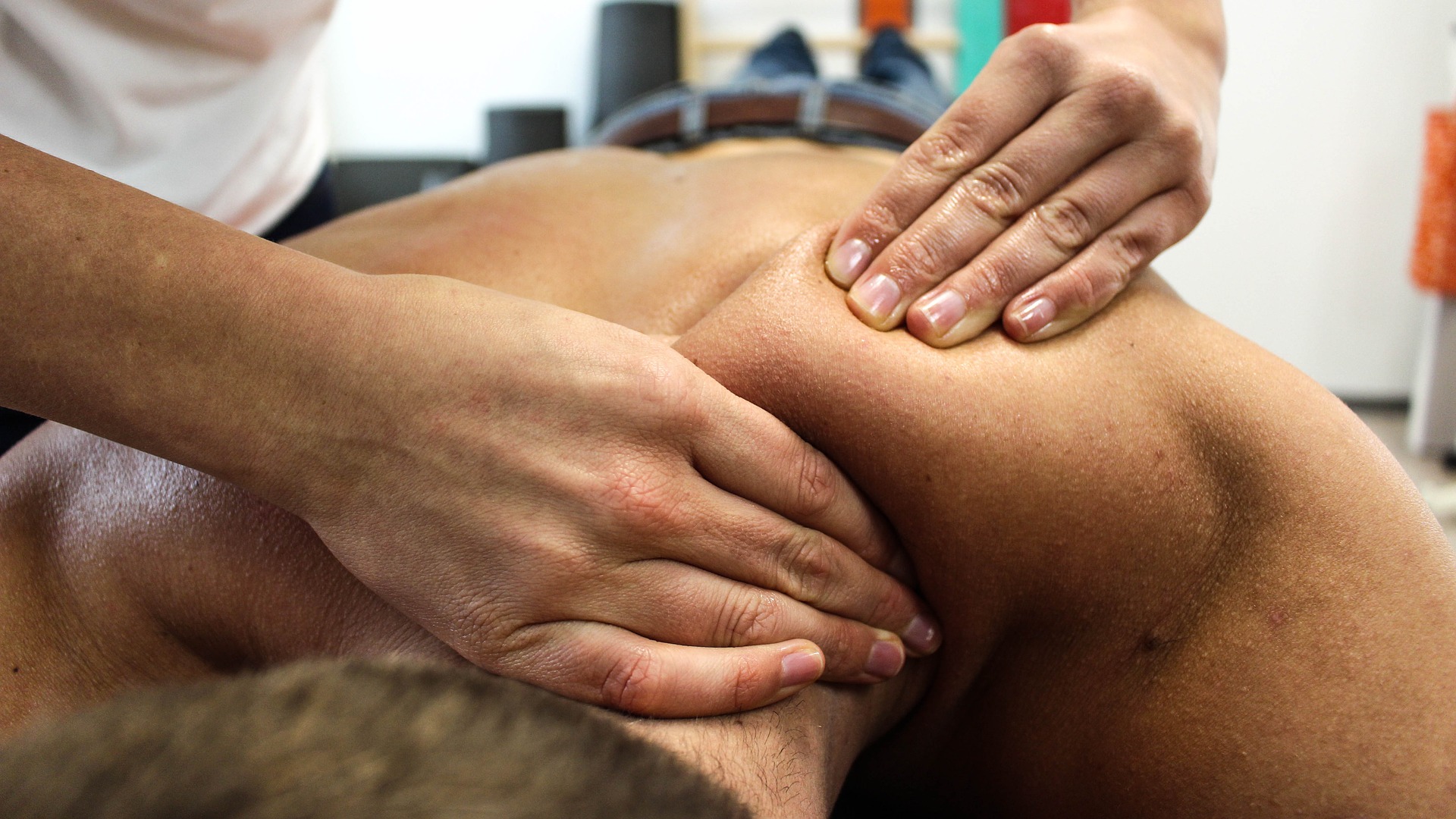 My favourite band is the Rolling Stones, hence the title of this article.

Although I believe that there’s a lot of important things involved in good health, like regular massage, laughter, and a good routine, I also think that music has a big part to play in how good we feel on a regular basis. Music activates the brain, keeps you healthy, and makes you happy.

If you love listening to music, then you’re certainly in good company. According to Charles Darwin, if he could have lived his life a second time, he would have made a rule to listen to music at least once a week. At the same time, Jimi Hendrix called music “his religion”.

But what can cranking the tunes up in the car really do for you? Why is dancing around your house such a good way to combat stress, and how come relaxation massage always comes with a dose of music to help soothe the soul?

Recent research shows us that listening to music improves our mental state, boosts physical health, and promotes a range of other fantastic things that you might not expect. If you take a musical lesson or two, even that fun training can help to raise your IQ and keep you sharp when old age starts to roll around. Here, we’ll take a look at some of the reasons why everyone should have a little more music in their lives.

How do you feel when you hear your favourite song on the radio?

Music makes us feel different ways at different times. A sad song can make you feel mournful, while a happy song makes you feel like singing and dancing. Research proves that when we listen to music, our brain releases a chemical called dopamine – the feel-good neurotransmitter.

A Neuroscientist at McGill university injected eight lovers of all things music with a radioactive substance which can mind to dopamine receptors, and had them listen to their favourite music. Afterwards, a PET scan found large amounts of dopamine where released when the music played, which biologically prompted the participants of the study to feel happy and excited. In other words, if you’re looking for an emotional boost, all you need is music.

Additionally, music can help to heal problems with emotional health. Listening to the type of music that you like best helps to lower the amount of cortisol in the body, which is the hormone associated with stress. This helps to counteract the effects of chronic anxiety. This is a crucial finding in today’s world, where stress is the cause of about 60% of all disease and illness.

One study found that people who actively participated in making music found that their immune systems were stronger than if they were passively listening to music. In order to stay calm during a stressful day, all you need to do is turn on the radio. Be sure that you tap your feet, get moving, and sing along too if you want to enjoy the absolute healing benefits that music can bring.

Also, keep in mind that music isn’t just good for people who suffer from stress either. It can also be particularly effective when it comes to treating feelings of anxiety and depression. Today, there are hundreds of millions of people around the world that suffer from periods of depression and insomnia. Research has found that people who listen to classical music before going to bed are often less likely to experience the symptoms of depression than people who don’t listen to music.

Interestingly, science suggests that the type of music you listen to has a big part to play in how you feel. For instance, classical music and the meditative sounds you’d hear at massage parlours are great for lifting the mood, but heavy music and techno brings people down. In other words, if you feel a little low, one of the best things you can do is use classical music to lift your spirits.

Music can Make You Physically Healthier

A lot of the music that we hear today – no matter the genre, is designed to be inspirational and motivational. As such, listening to music can help you to push yourself to achieve more and accomplish great things when you need a little extra help. Researchers have found that runners listening to slow or fast paced motivational music were more likely to complete the first stretch of their run faster than runners who went without music.

If you’re trying to lose weight with regular exercise, or if you simply want to improve your endurance and push yourself to go a little farther, all you need to do is listen to music that inspires you. Additionally, when it comes to losing weight, it’s worth noting that certain types of music could also help you with your dieting efforts too. For instance, research conducted at Georgia Tech University found that softening music and lighting when people ate convinced them to eat fewer calories.

Not only did the people listening to the soft music eat less, but they also claimed to enjoy their meals more too. This means that if you’re looking for ways to reduce your appetite and improve your dieting abilities, then you should try listening to soft music, and dimming the lights.

Music Helps You to Relax and Sleep Better

Throughout the world, countless people are suffering from insomnia. Studies have shown that students who listen to relaxing music from the classical genre for 45 minutes before they went to bed were more likely to sleep soundly than those who listened to either an audiobook, or did nothing besides following their normal routine. If you are having problems with sleep, try to listen to a little classical music to help you get your rest.

In fact, music is so relaxing that it can actually help to reduce the anxiety that patients feel before they go into surgical procedures. In fact, there’s some evidence that this solution is more effective than being given Midazolam, an oral medication that is often used to help pre-op patients feel tired. However, this medication also comes with other side effects such as vomiting and coughing. Other studies have found that listening to soothing music while lying on a bed after heart surgery can improve relaxation.

On a global basis, there are around 234 million major surgeries performed every year. That means that if you know someone who is going into surgery, or you’re going into surgery yourself, you might find that you can calm your fears by bringing along some music that are designed to soothe anxiety and release fear.

Music can even help to limit feelings of pain. According to research conducted at Drexel university, pre-recorded music helps to reduce pain in cancer patients more than the standard treatment. Further research has shown that music can help to limit pain in geriatric care and intensive care patients, but the selection of music had to be limited to songs that the patient chose for themselves, meditative music, or classical pieces.

Studies have consistently shown that music is great for helping us to recall information and learn better. However, it depends on whether you’re a musician, and how much you like the music you’re listening too. Subjects for one study were asked to remember Japanese words while they were listening to tunes that they considered neutral or positive. The results found that musical participants learned better than the others, and non-musicians retained information more with “positive” music.

If that wasn’t interesting enough, a non-profit organisation called Music and Memory, which is used to help people with Alzheimer’s disease and memory loss found that music is great for helping to recover memory in those that are losing them. Usually, the awakening that people have simply by listening to a piece of music can be very dramatic. Some people begin to reminisce about their lives.

The reason for this change in behavior is that music affects numerous areas of the brain, that means that it’s able to stimulate pathways throughout the mind that are still healthy, in the brains of people who are suffering from degenerative diseases. In a world where around one in three people are dying with dementia or Alzheimer’s disease, the unfortunate truth is that you probably know someone with this condition.

If you want to try a new way of reaching out to someone with a memory disorder, then one of the best things you can do is track down some of the music that they love the most. Preferably, pick songs that have links to their past, and try playing them to them to see what happens.

Finally, did you know that listening to music can actually make you a much smarter person? After a single month of music lessons, a study conducted at York University found that around 90% of the children in a study between the ages of four and six had a significantly boosted amount of verbal intelligence.

The people behind the study believed that the results were due to a transference effect which improved the children’s abilities to understand the meanings behind words in song. Other research has found that people who are musically trained are often able to outperform people who have had no musical training when it comes to memory test.

Research consistently shows that taking music lessons is something that can help to predict higher IQ levels and higher academic performance in younger children. One study followed 6-year old’s taking singing or keyboard lessons in small groups for a period of 36 weeks. The study found that these children had significant boosts in IQ and performed better in educational test results than children with no lessons. In other words, if you’re looking for an easy way to turn your child into a superstar academically, then one of the best things that you can do is introduce them to music.

Music Keeps us Healthy Throughout Our Lives

The truth is that although a lot of us think of music simply as something we enjoy, it’s actually much more than that. Listening to music as part of a relaxing massage experience, or dancing around at home when you’re tidying up is a great way to keep you moving, happy, and engaged.

A study with healthy older adults also found that people with more than ten years of musical experience typically scored higher on cognition tests than people with fewer years of musical study. Additionally, people with no musical experience at all were the ones that scored the lowest. Some researchers believe that because studying an instrument requires a number of years of learning and practice, it can help to create connections within the brain that might help to compensate for the decline that some people experience in their cognition as old age sets in.

No matter whether you’re young, old, happy, or sad, it seems that music can help to improve the quality of our lives in a number of different ways. It gets you moving when you don’t feel like doing anything, whether you’re simply swaying and tapping your feet or dancing with friends and loved ones. Music also helps to get rid of anxiety and depression, banishing stress and making us feel better about ourselves and the world we live in. Additionally, music helps us to sleep better, it takes away feelings of pain, it boosts our health, and it even makes us smarter.

Research tells us that music speaks to everyone, regardless of your ethnic and cultural background, and today we’ve only just begun to discover just how incredible music can be as part of an overall pathway towards good health.

I know …it’s only rock and roll but I like it.  Cindy x